Bringing Your Disappointments Down to Earth 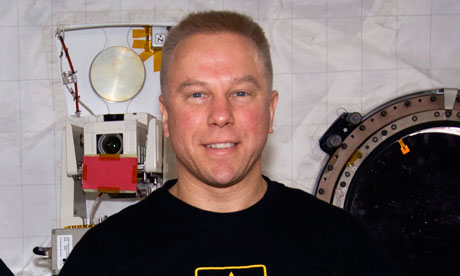 NASA astronaut Tim Kopra, who has missed out on the next Discovery space shuttle mission. Photograph: Nasa/Reuters

Imagine training 20 months for a triathlon. You endure grueling bike rides, blistered feet, and swallowing more lake water than you care to think about. Then a month before the race, you injure yourself while playing flag football with friends and eliminate your opportunity to compete.

You’re bound to be disappointed. But let’s be realistic. It’s not like you’re missing a chance to take a spacewalk.

That’s what happened to astronaut Tim Kopra. He was injured in a bicycling accident a month before he was scheduled to go into space next month on a mission to do some repairs on the space station.

“It was obviously a disappointment for Tim to not be available for this upcoming launch window, but he understands very well that we have to be prepared to fly,” chief astronaut Peggy Whitson said in a teleconference.

NASA did not release details of Kopra’s injury, citing medical privacy. However, it was revealed that the accident occurred near his home and did not involve any other vehicles.

I just wonder what he is thinking now. How will he handle the change of plans? Will he fight back for another chance at going into space? Will he get back to cycling despite it being the very thing that caused him to miss a chance to do something that only a select few get the opportunity to even imagine?

We all get disappointed when we have to miss a race due to an injury, family plans, illness, or whatever life throws at us. It’s natural. But compare missing an endurance event to missing out on going into space…doesn’t seem like something we should really complain about. It’s okay to be disappointed, just remember that there is always next year and there is always another race.

Keep your head in the right place and you will succeed, even if the time line isn’t exactly how you planned it.

It’s not like you’re missing a chance to go into space.